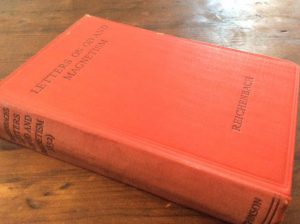 Germany - Understanding Karl von Reichenbach’s discoveries of a unseen form of natural energy in which he called “Od”. It’s related directly to Goethe’s work and maybe even the same orgone energy that Wilhem Reich discovered.

Authors find correlation between the Vortex phenomena and magnetic fields

United States - "Physics tells us that the electron has a spin rate of one-half. If the electron, after what we consider a FULL circle (360 degrees), flipped 180 degrees and spent the other half of its spin in HYPERSPACE, that would account for 720 degrees, and when it emerged in our space it would be right back where it started." – Nick Nelson.

The Nemescope, the closest science got to viewing atoms, stolen 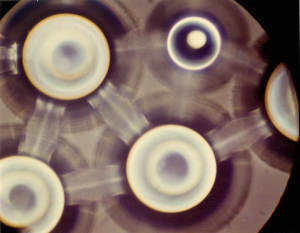 United States - The lines of force between atoms – the pictures were taken through the Nemescope in the 1950s. The famous Rife Microscope achieved magnificent of 60,000x. These pictures are taken at 3,500,000x, somewhat under the possible maximum magnification of the Nemescope.

These photos are through the Nemescope developed by Dr. Elmer Nemes in 1950s. The microscope was stolen in the early 1960s. These are the original pictures in Nemes’s album that were not stolen. Read more